The just-concluded China Open in Beijing is not quite a crown jewel on the Women’s Tennis Association’s annual calendar. Yet, it owns the distinction of being the last main-stage event before the season-ending WTA Finals in Singapore, which begin on Oct. 20. You can identify this event as part of the “Asian swing” on the tennis calendar. You can label it as a prep tournament for the WTA Finals, among the eight who will compete in it. You can choose to say that this is just another hardcourt event.

The label I prefer: This is autumnal tennis — not just in relationship to the calendar itself, but to a long and taxing year of tennis. It is, as Frank Sinatra sang, “the autumn of the year,” a time when some bodies and minds are vulnerable, and players with particularly powerful incentives to do well are the ones who frequently (though not always) answer the bell.

Maria Sharapova had plenty of incentive to do well in Beijing. She didn’t play a match in 2013 after Cincinnati, where her match-play journey with coach Jimmy Connors began and ended. She had to rehabilitate a shoulder injury that kept her off the court for several months, necessitating a patient approach which could allow her to return to playing shape.

Layoffs are not what one would call desirable — they’re not what players hope to experience. This is a profession, which means paychecks need to come in regularly. This is athletics, which means a regular rhythm needs to be attained on the court. Yet, great athletes — Sharapova is one of them — can benefit from being sidelined. Elite performers can use extended time away to mentally and physically refresh themselves. Sharapova has certainly done this in 2014, and as she came to Beijing, she had a chance to pick up a lot of points (1,000) since she was defending none from the year before.

After beating Petra Kvitova in Sunday’s final — 6-4, 2-6, 6-3 — it’s clear that standing on the right side of both motivation and freshness helped Sharapova a great deal. Much as Rafael Nadal had more in the tank in 2013 following his several-month (injury-based) absence from the ATP Tour, and much as Marin Cilic used a multi-month absence to renew his legs and his game, en route to a first major title at this year’s U.S. Open, Sharapova has not been worn down in 2014.

Do you think it’s mere coincidence that Sharapova has now won four titles this year, her most in a calendar year since 2006?

Do you think it’s a random event that Sharapova is now No. 2 in the world rankings and will have a legitimate chance of passing Serena Williams (who withdrew from this tournament before the quarterfinals) in the near future?

Perhaps… but there seems to be at least some degree of cause-and-effect at work here.

Autumnal tennis can and does create “opposite days” at tournaments, the days when players who normally enjoy the upper hand in matches just don’t have their winning form, and underdogs rise up to snatch a rare opportunity. This “opposite day” dynamic was very much in evidence in Beijing. Caroline Wozniacki, who has enjoyed such a magnificently resurgent season, lost to Samantha Stosur, a player known for failing to make deep runs in brackets despite a significant toolbox of skills. The always-unpredictable Svetlana Kuznetsova defeated Angelique Kerber and made a dash to the quarterfinals, marking this as a solid event for her. Ana Ivanovic defeated Sabine Lisicki in a role reversal of their meeting at Wimbledon. Plenty of reversals occurred in Beijing. 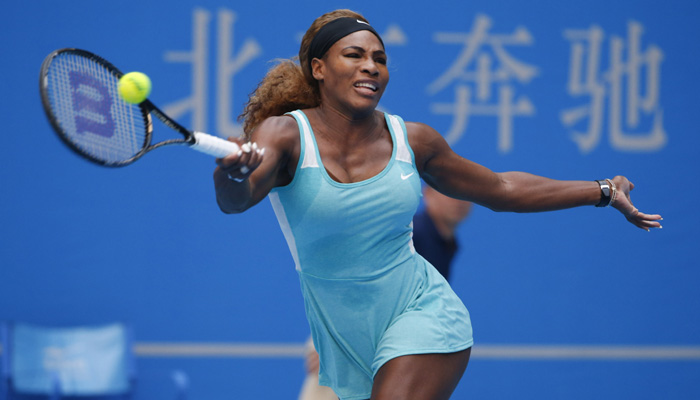 What you also saw this past week was the strain of the season taking its toll on the elites and the bigger names in the sport. Serena Williams, Simona Halep, and Venus Williams all withdrew from this tournament. For Serena and Simona, Singapore is now at least something of a question mark, and healing up for the 2015 season has to become a more paramount consideration. Venus was not in play for the WTA Finals, but tennis fans wanted to see her play Kvitova (the match she withdrew from before it began) because the Wimbledon third-rounder between the two players was one of the best matches of 2014 on the WTA side. 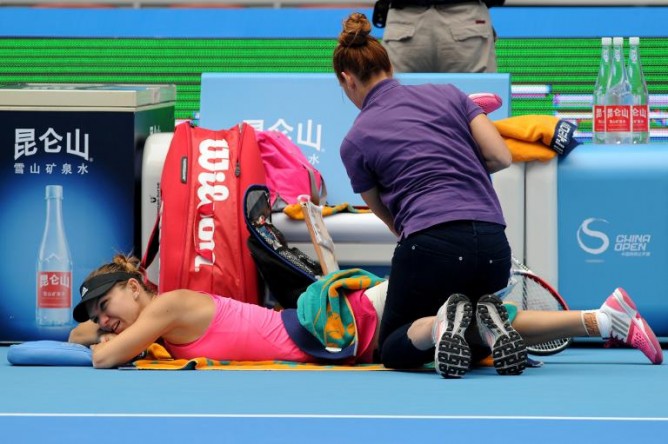 It’s a weird entity, autumnal tennis. After the big push to (and through) the U.S. Open, the majors recede from view, and the WTA Finals become the one conspicuous prize on the calendar, after which two months of downtime offer a chance to completely reset the dial, get away from tennis, and holistically prepare for the coming season.

For the players who poured so much into the entirety of the 2014 season and are learning how to carry themselves on tour — Halep certainly qualifies in this respect — it’s hard to play with full mind-body freedom, to be mentally liberated as the body absorbs various bumps, bruises, tweaks, and tensions. The 2014 China Open magnified worries about Halep’s ability to withstand the rigors of the tour; it’s not as much of a concern for someone such as Serena, who has proven she can take time off, recuperate, and come back to the court with her skills and acumen very much intact. Another young player, Eugenie Bouchard, didn’t pull out of the event; she was simply knocked out of the event on court (by Lisicki), affirming why autumnal tennis is not something you want to use as a measuring stick for performances next year.

Autumnal tennis is for those who are hungry. Sharapova, for reasons mentioned above, carried an appetite to this event which others lacked. The absence of the injured Victoria Azarenka (who probably would have attacked this tournament with great intensity had she been able-bodied) made Sharapova stand out that much more from the rest of the field. She made very good use of the situation given to her in Beijing. Kvitova, inspired by her Wimbledon title, has played with the maturity and centeredness of an upper-tier player, making the final at this event one week after winning the Wuhan Open (over Bouchard in the final). 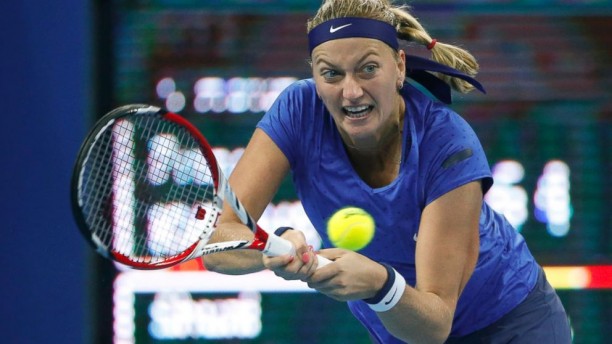 Motivation is a mystery that’s not too hard to explain, but it is always mysterious in the sense that we can never know when an athlete will or won’t call it forth in a given event. Tennis is played on three basic surfaces (grass, clay, and hardcourts), but it’s played under all sorts of conditions — psychological ones in particular — which lend this sport its copious quantities of enduring variety and lasting intrigue.

We’ll see what frame of mind the WTA’s best acquire when they make their way to Singapore in a few weeks.