Before 1988, when the Australian Open moved to its current (and gleaming) facilities at Melbourne Park, the event simply didn’t exist on par with the other majors. Before 1988, the Australian Open lacked 128-player draws, meaning that all players in the tournament did not have to play or win the same amount of matches to win the tournament. The event was previously held at Kooyong Stadium on grass at a time when the surface had long ceased to be the mainstream surface of choice in tennis. The last hurrah for grass as the majority surface of the majors came in 1974 — all three non-French Open majors were lawn tournaments that year. Then, in 1975, the U.S. Open moved to green clay. The winds of change blew away from blades of grass.

With all this in mind, it wasn’t until the 1988 event — with a 128-player draw — when the Australian Open truly came into its own as a fourth major in full standing. We’ve reviewed the most significant Wimbledon women’s matches, and we’ve done the same for the U.S. Open as well. Here’s Attacking The Net’s list of the five most significant Australian Open women’s singles matches:

This might seem like an underwhelming choice on a list of five, but remember — we’re making a conscious choice to limit this historical survey to the past 27 Australian Opens.

Why does this match make the cut? For one thing, it gave Kim Clijsters her only major title beyond the U.S. Open in New York, giving a measure of balance and diversity to her career resume. Clijsters had come close before in Melbourne but had failed to conquer the “Happy Slam.” This win stands out when assessing Clijsters in full.

The result is also significant because this marked Li Na’s first major final. Accordingly, it marked the first time a player of Asian nationality had reached a major final. Li Na didn’t win her first major in this match, but this represented the beginning of her rise to the top tier of the sport, giving tennis a major boost in the part of the world where marketing opportunities had been underexplored… but are now being pursued much more vigorously. (The presence of the WTA Finals in Singapore is the result of many different causes, but Li Na is certainly one of them.)

The fact that Li not only won a major, but did so in Melbourne last year, makes this match anything but a disappointment in a larger historical context for her. It was the start of something special, a stepping stone in a career which ended last year.

When you evaluate Jennifer Capriati solely through the lens of tennis skills, the first attribute that comes to mind is the power of her strokes from both wings. Court coverage was not her foremost virtue. Yet, Capriati’s best moments and greatest achievements as a pro were built on the strength of winning prolonged tests of endurance. She defeated Clijsters in the 2001 Roland Garros final, 12-10 in the third set. Here, she erased a 4-0 second-set lead against Hingis, fighting off four championship points to dig out the second set and then claim the third.

This win enabled Capriati to say that she never lost a major final (3-0). It also enabled her to claim a second win at the same major, after winning the 2001 Australian Open as well.

Yet, for all this match says about Capriati, it also denied Hingis the ability to say that she won a major singles title in the 21st century. It similarly prevented her from being able to win a major after recovering from ankle surgery. Perhaps the most frustrating element of this loss for Hingis is that it represented yet another loss of a major final from a commanding position, the other foremost example being her meltdown in the 1999 French Open final against Steffi Graf. Hingis, with just a little more focus and composure in key moments of major finals, could have come close to a 10-major haul… and that’s despite the fact that she stepped away from full-time singles tennis at the conspicuously early age of 21; lost four prime years; and then hung up her racquet for good as a singles player at the majors at the age of 27. (Her last major singles appearance came at the 2007 U.S. Open.)

The post-1987 focus on the Australian Open means that you’re not going to find any Chris Evert/Martina Navratilova matches on this list. It’s a Serena list, and this is one of her two entries.

Kim Clijsters winning the 2011 Australian Open after a previous retirement marked a special moment for one Belgian. Justine Henin making the 2010 final after her own prior retirement showed how yet another Belgian was able to revive her game and rediscover her competitive qualities. There was one primary difference between the 2010 and 2011 as far as these two Belgian Hall of Famers were concerned:

Henin — along with Maureen Connolly (from pre-Open Era times) — rates as one of the best female tennis players of all time when judged strictly on a “pound-for-pound” scale. For instance, she clearly did more with her career than Hingis did despite owning a similarly small frame and the lack of a devastating serve. She rates favorably when compared to the other non-Williams Sister players of her time. Yet, Serena’s ability to turn her back in 2010 offers a reminder of who has owned 21st-century women’s tennis more than anyone else. 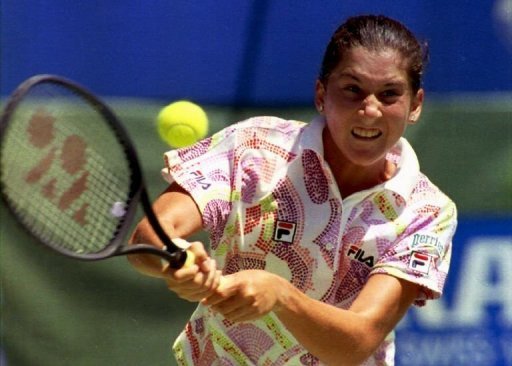 In the last major final between Monica Seles and Steffi Graf before Seles got stabbed in April 1993, it was Seles who won. That reality gives the 1993 Australian Open final a large, albeit somewhat chilling, place in tennis history.

No one could have known this at the time, but this was the last major final between Monica Seles and Steffi Graf before the stabbing of Seles in April of 1993. This match is therefore the last primary point of comparison between Seles and Graf before Seles’s life and career were permanently altered. The fact that Graf didn’t win this match doesn’t really do much to diminish her case as the best female singles player of all time. The fact that Seles won, though, is why this match remains prominent and central in Australian Open history… just not for pleasant or happy reasons.

If Serena beating a post-comeback Henin in 2010 manifested her staying power at the top of the sport, this victory three years earlier is significant on multiple — and larger — levels.

First of all, this match constitutes a big part of the story of the Serena-Sharapova rivalry (such as it is). Serena was blown off the court in the 2004 Wimbledon final, a match that — at the very least — offered the suggestion of the possibility that Sharapova would become the biggest star in 21st-century women’s tennis. This beatdown by Serena in Melbourne put that notion to bed. That’s the top reason for making this match number one on the list.

The other core reason why this match was so significant is that it occurred in Serena’s “rut years.” From the 2003 U.S. Open through the 2008 Wimbledon tournament — a span of 20 majors — Serena won only twice. That she was able to emerge here against Sharapova, before the arrival of her second prime period (which began with the 2008 U.S. Open), says a lot about her ability to rise to an occasion… especially when Maria was the one on the other side of the net.

This match certainly helps tell the story of why Serena Jameka Williams has become a generationally great player, one of the handful of women who can legitimately claim to be the best ever.