Every tournament matters. Every non-exhibition competition in sports possesses value. Every time professionals take the court — in tennis or any other endeavor — they enhance their levels of integrity to the extent that they take pride in their work, putting in an honest day’s effort for an honest day’s pay. If one dares to flatly declare, or merely suggest, that some competitions don’t have value, we should all pack our bags and go home.

Every tournament matters — this is true.

Yet, with all of that having been said, one must hasten to put that statement in its proper perspective: Some tournaments matter more than others. Athletes are primarily remembered for what they do in the biggest events of the year, not the events which are slightly lower in a given sport’s pecking order. (SHOULD they be remembered this way or not? That’s a fair debate. However, the reality of how fans and most chroniclers remember athletes is undeniably governed by the top events.)

Novak Djokovic, by far the best player in men’s tennis in 2015, lives in this pleasant and profitable yet precarious position after bagging the Monte Carlo Masters championship on a rainy Sunday against Tomas Berdych. The world No. 1 — by a considerable distance over all his competitors — is gobbling up tournaments left and right, but even he knows that his 2015 is on a collision course with a particular tournament. That tournament will likely bring him face-to-face with the man he stared down in the Monte Carlo semifinals on Saturday. It’s the match of the year in men’s tennis if it happens, and Monte Carlo’s value in a larger contextual sense is that it raised the stakes for Djokovic in this clay season.

How marvelous an era of men’s tennis is this? (Yes, it’s still “this era,” because the brand names in the sport have reaffirmed their hold on power, instead of ceding it to the younger guns or the insurgents such as Stan Wawrinka and Marin Cilic.) Novak Djokovic — by any reasonable measurement the third-best player of said era — is rapidly accumulating accomplishments worthy of not just a dominant world No. 1, but of a player who will be remembered as one of the 10 best male players of all time if he continues to win matches at his present rate.

Last year and — for that matter — ever since his 2012 French Open loss to Rafael Nadal, the tennis world has been wondering: “Will Djokovic ever return to the lofty mountaintop of 2011?” Djokovic’s form in Sunday’s final against Berdych was noticeably uneven — no one would dare say Nole brought his A-game to the dance — but as was the case after an ugly outpouring of nerves against Roger Federer in the second-set tiebreaker of the Indian Wells final, and after a sloppy second set against Andy Murray in the Miami final, Djokovic cleaned up his game to fend off Berdych in the third set of the Monte Carlo final.

Djokovic doesn’t generally breeze past opponents in late-stage Masters tournament matches, but since the Bercy (Paris Indoor) Masters, he hasn’t lost a single Masters or major-tournament match. The champion in Bercy and at the 2014 ATP World Tour Finals, Djokovic has then won the four biggest events on tour in 2015, claiming the Australian Open and then backing that up by becoming the first man to win each of the first three Masters events in a given calendar year.

It’s not an old story, but it becomes even more impressive with each successive third-set conquest in a Masters final: Novak Djokovic is the best survivor and regrouper in the present moment of men’s tennis. This statistic affirms as much…

Djokovic has won 20 consecutive three-setters at the Masters 1000 level since dropping 4 of 5 (to Dimitrov, Berd, Nadal, Isner) in mid-2013.

It might not be 2011 in terms of pure form for Novak Djokovic, but his current accumulation of results is certainly beginning to resemble that glorious year, when Djokovic went 70-6 and catapulted himself to a much higher place in the tennis pantheon. Now, in 2015, we’re finally beginning to see a re-emergence of that kind of player, though more as a competitor than as the destroyer of worlds he was four years ago.

There’s just one qualifier to toss in, however: While Monte Carlo and these other titles surely do matter — Nole now has 52 titles in all, and 23 at the Masters level; he’s likely to be the greatest Masters player of all time when he retires — his 2015 will be viewed primarily through the lens of how he does at the French Open.

This is not to say that winning Monte Carlo or racking up new records and milestones are meaningless solely because such achievements exist outside a Grand Slam context; it’s simply an acknowledgment that a player of Djokovic’s prowess, dominance and stature has to be aware of the extent to which the absence of a Roland Garros championship becomes more conspicuous on his resume. Nadal has nine of those Coupe des Mousquetaires. Djokovic — like Roger Federer in 2009 — would be immensely happy and grateful to snag just one in the Era Of Rafael Nadal, the man who will try to become the first ATP player to win 10 championships at the same major tournament this June in Paris.

It’s such a counterintuitive position for Djokovic to inhabit, but one important point to raise is that he’s been here before. He won his first 41 matches of that 2011 season, carrying a long winning streak into the French semifinals, when he lost to Federer. This time, should Djokovic carry another long winning streak into Paris, he will be more equipped to deal with the pressure, sinced it won’t be new to him.

In 2012, after a few years removed from encounters with Rafa on Parisian red brick, Djokovic resumed his epic rivalry with the King of Clay in the City of Light. He has lost to Nadal three straight years in Paris, even while besting him in Rome (2014) or in Monte Carlo (2013). Beating Nadal in a clay Masters event has not led to success on Court Philippe Chatrier, and so after disposing of Nadal in Saturday’s semifinals, Djokovic will be the first one to tell you that the win means very little as far as Paris is concerned. Moreover, Nadal will privately relish the simple fact that he got to test his game against Djokovic, offering the Spaniard a chance to use the coming month as practice for the main event at Roland Garros.

Nadal’s game was not completely there two years ago in Monte Carlo, or a year ago in Rome, but Nadal has made a career out of learning from rare losses, shepherding his body and mind through setbacks to then peak when he has to during the second week of the French Open. Djokovic will rightly take great satisfaction from notching another win over Nadal at this tournament, and in winning Monte Carlo for the second time. He’ll also covet the historic nature of this particular Masters title (making him 3-0 in these 1,000-point events in 2015). Yet, if winning the French Open is the endgame here, Nadal might have gotten just as much out of Monte Carlo as Djokovic did.

It’s not complicated: Nadal was able to see where he stands relative to Djokovic on clay. He has another month in which to sort out his game and build back the strength he’s continuing to recover after his appendectomy last autumn. Nadal was a shell of his former self in the Australian Open — there’s no way he would have been straight-setted by Tomas Berdych if anywhere close to 100 percent, after all — but the Nadal seen in Monte Carlo is clearly getting closer. There appears to be enough time for Nadal to be ready when the lights go on (a figure of speech at a tournament without nighttime tennis) at Roland Garros. 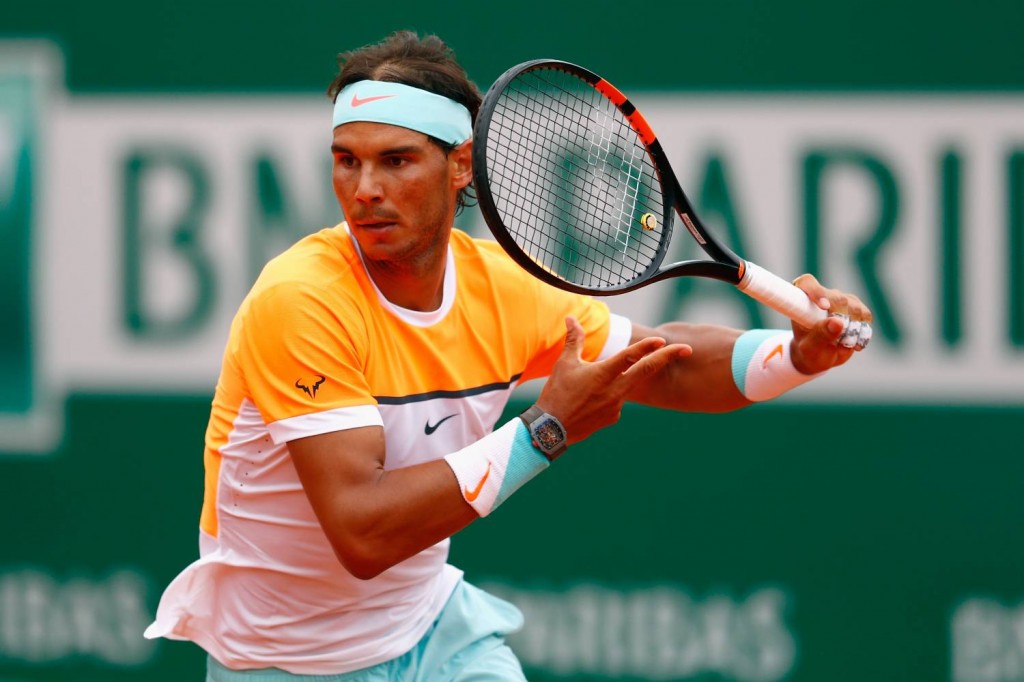 Rafael Nadal fans should be able to “be with colm” after seeing their man make tangible improvements in Monte Carlo. Nadal has lost to Djokovic on clay in each of the previous two years, only to catch the Serb in Paris. While Djokovic is snatching up titles with eye-catching regularity at the moment, Rafa’s ability to prepare himself for the French Open is unquestioned. A meeting on the mountaintop seems as close to inevitable as one could possibly imagine, and Monte Carlo only added to an already-strong sense that a Paris reunion will in fact occur once again.

Djokovic won a tournament. Nadal won a much-needed supply of added belief in his game. Tomas Berdych, the runner-up, won the small but real satisfaction of proving he could fight Djokovic in a protracted battle instead of wilting at the first whiff of adversity. Berdych can also console himself with another tiny but undeniable truth: Since Shanghai, he’s made the quarterfinals or better in five straight Masters events. Such consistency has normally eluded the Czech in his underachieving career. Berdych is still failing to land the bigger titles on tour, but he’s leaving a lot less money on the table these days. In Monte Carlo, of all cities, you don’t want to leave money on a table, whether you’re James Bond or any other world citizen.

Speaking of money, though: All the chips will be on the table when the French Open arrives. The possibility of a Djokovic-Nadal final for all the marbles — and a large slice of tennis history either way — looms even larger in the present moment, after a Monte Carlo tournament in which Djokovic and Nadal truly inaugurated The Road To Roland Garros.