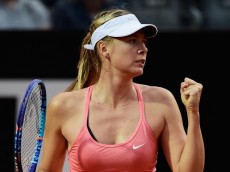 In 2012, Maria Sharapova conquered Rome and then Paris. Being able to win the last prominent lead-up tournament to the French Open, and to then claim Roland Garros itself, represented one of the more substantial clay-court achievements in recent women’s tennis history. Sharapova has once again lifted a trophy in Italy’s ancient city, but as […]