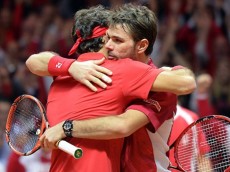 Weren’t we here a year ago at the U.S. Open? Short answer: No – a year ago, the men’s semifinals would have been played on Saturday, and there would have been a lot less shade and wind protection available for Novak Djokovic, who will play his 2015 semifinal in much more comfortable conditions. Long answer: […] 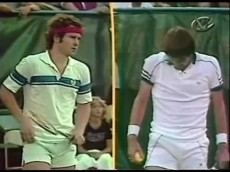 The Super Saturday format used at the United States Open tennis championships was officially retired in 2013. That year’s tournament marked the end of the United States Tennis Association’s decision (in partnership with CBS television) to put two men’s semifinals and the women’s final on the same order of play. Yet, in reality, the possibilities […] 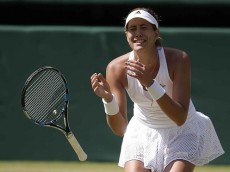 As a Spanish woman, Garbine Muguruza, prepares for a Wimbledon singles final on Saturday, the pages of tennis history turn. Back in 1974, 39-year-old Ken Rosewall contested the Wimbledon men’s final against 21-year-old Jimmy Connors. That’s a college freshman’s lifespan between the two competitors. In the annals of Wimbledon women’s finals with large age disparities […] 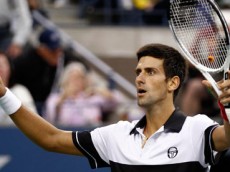 You saw this same list (shortened) before the French Open. You saw it before Wimbledon. Now, you get to see it before the U.S. Open. Just so I don’t get any hate mail or hate tweets, this is not a list of the greatest U.S. Open matches of all time. Significance and greatness certainly intersect […] 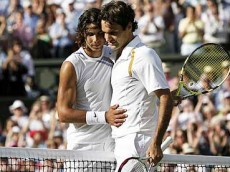 The following list is sure to raise some pointed questions and spirited disagreements, but it is based on the simple contention that a significant match and a great match aren’t one and the same thing. Many far greater and more memorable matches have been staged at Wimbledon, but only a few other men’s matches can […]