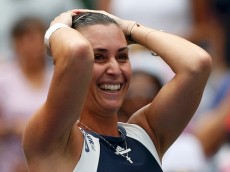 Italy is a nation known for a number of things, vineyards being near the top of the list. Italian tennis has featured four industrious professionals in the 21st century, all of them players who have been able to reach a major-tournament singles final. In 2012, Sara Errani reached the French Open final. This Saturday afternoon […]