When a major-tournament draw is announced, the attention of the tennis world usually gravitates to the quarters and beyond: Which player seeded 5 through 8 ended up in Novak Djokovic’s quarter? Rafael Nadal’s? Roger Federer’s?

Oh, and what about Stan Wawrinka?

This was unavoidably going to be a point of interest, but in light of the way the draw unfolded, there’s not a lot to discuss.

The first round of the tournament is what has stolen the show as far as the men’s draw is concerned… because it’s a spectacular round of 128, jam-packed with eye-candy tennis (at least on paper). This is not a typical response to a major-tournament draw, but here we are.

WELL-ROUNDED: A FIRST ROUND TO SAVOR IN MELBOURNE

If you’re a diehard tennis fan, you have to be doing cartwheels in reaction to the unveiling of the men’s bracket Down Under.

Here are the “set aside time in your appointment book” treats on the first two days of the tournament:

Juan Martin del Potro (back from injury) vs. Jerzy Janowicz, with the winner to possibly face Gael Monfils in round two

Jiri Vesely vs. Viktor Troicki, playing his first major following an extended suspension for skipping a drug test in 2013

Mikhail Youzhny vs. Rafael Nadal, which was a U.S. Open semifinal in 2010

Now, on to the later rounds… 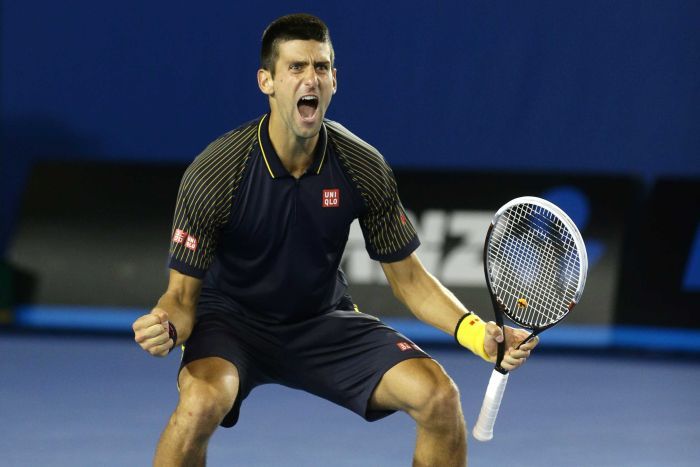 It would be great to sit here and say that the back end of the 2015 Australian Open is going to be hugely dramatic on the men’s side, but we’ve seen this basic draw before, with a few minor adjustments.

Stan Wawrinka and Novak Djokovic are still in the same half, only they’re not in the same quarter this year (but that was guaranteed anyway when Wawrinka captured the fourth seed for the tournament). Wawrinka could play Kei Nishikori in a quarterfinal that would be a rematch of a stellar U.S. Open contest last September in New York. Other than that match, the rest of the Australian Open bears a striking resemblance in the quarterfinals and onward to the 2014 edition.

Roger Federer and Andy Murray are once again slated to meet in the quarters, with Federer having the upper hand if hat matchup materializes.

Federer and Nadal are supposed to meet in the semifinals, and since Federer hasn’t beaten Nadal at a major since the 2007 Wimbledon final, Rafa would have to be seen as the clear favorite in that match. Federer would have a chance as he always does, but Rafa would be trusted to finish the job.

The point will be made by many tennis fans and analysts that Wawrinka upset Djokovic in last year’s Australian Open, changing the nature of the tournament. Those who warn against making too much out of a draw will also provide the important cautionary note that Wawrinka and Marin Cilic (who isn’t playing in Melbourne due to injury) won last year’s hardcourt majors, not the big boys. That’s quite true.

Yet, it remains that Nadal defeated Federer (who defeated Murray) a year ago in the bottom half of the draw. It would be asking a lot of Wawrinka to take down Djokovic for a second straight year in Australia. If Nishikori beats Wawrinka in a possible quarterfinal, it would be a similarly big ask to expect Nishikori to take down Djokovic in a second consecutive major, since the Japanese star stunned the world No. 1 in the 2014 U.S. Open semifinals.

If you’re right, you should move to Las Vegas, because the odds do not point to tumult in the ATP realm of the 2015 Australian Open.