For the men at Roland Garros, the end of play on Monday evening marks the calm before the storm of four blockbuster quarterfinals.

For the women competing for a major championship in Paris, everything is possible… despite what you might think about the hollowed-out nature of the bracket.

In 2013, Serena Williams fended off Maria Sharapova in a quality final to claim her second Roland Garros crown. That version of Serena, like the person who won the 2015 Australian Open with similarly glorious tennis, would stroll to the championship this week, given some of the remaining opponents in the women’s bracket: Sara Errani, then a potentially rough semifinal against Timea Bacsinszky, and a final opponent not named Maria Sharapova or Simona Halep. 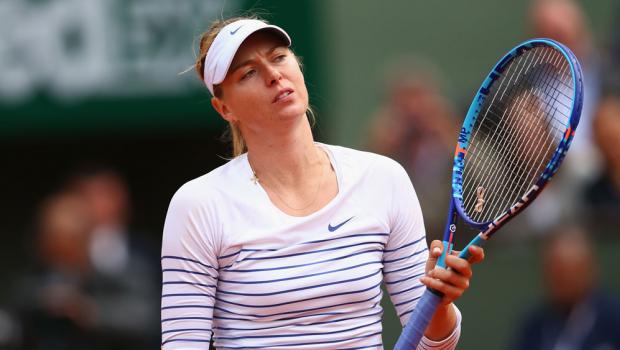 Sharapova was bounced from the tournament Monday afternoon, falling to an emboldened Lucie Safarova in two tight sets. (Safarova was magnificent in the crucial first-set tiebreaker of that match, and poised in the 5-6 service game which made the tiebreaker possible. Two points from losing the set, Safarova steadied herself in ways past versions would not have been able to.)

Yes, Serena owns that rivalry against Sharapova, but after the tremendous Australian Open final between the two, it stood to reason that the Russian remained the biggest obstacle for Serena on the road to another French Open title… at least if 2013 is a guide and measurement.

However, we’re not living in 2013 anymore. That incarnation of Serena has not made the trip to Paris. It’s a more vulnerable version of this 19-time major champion, a version who had to pull out of Rome as a precautionary measure, midway through the tournamet. It’s a version of Serena which got blasted off the Madrid clay by Kvitova. It’s widely known that Serena — while fit enough to play — isn’t the picture of complete freshness and seamless movement across the clay courts of Europe.

If Serena really was her 2013 self on terre battue, she would respond from one day’s struggles with a resplendent and authoritative performance against her next opponent. Yet, that simply hasn’t happened. From the second round against Anna-Lena Friedsam to the third round against Victoria Azarenka, to the fourth round on Monday against an improving Sloane Stephens, Serena has played horribly in first sets. Her A-game simply doesn’t appear to be a traveling companion in Paris, and for most people, that sort of reality ultimately catches up with athletes in the end.

Yet, as we all know, Serena Jameka Williams isn’t most people. She’s fought back from scoreboard deficits time and again in her career, but even though many will look at these comebacks and say, “I could see this coming all the way,” something about this string of Houdinis feels different.

It’s hard to put into words what Serena’s done the past two matches. She just wasn’t fully engaged in opening sets. To be sure, Azarenka (Saturday) and Stephens (Monday) won those opening sets with inspired play, earning their scoreboard advantages. Yet, the regularly average form Serena’s carried with her in this European clay season showed no real signs of improving.

This was not really “switch-flipping” tennis from Serena. It’s not as though she became unplayably great in each of her last two matches over the final sets. These comebacks were not easy strolls, with the possible exception of the last two games of the Azarenka match… but only after Serena won a series of close games to grab a 4-2 lead in the third. Against Stephens, the march to the finish line — a journey Serena was hardly certain to complete — was packed with contentious multi-deuce games.

Stephens did commit the occasional error on her return of serve, and it’s definitely worth noting that with a slightly higher level in the right moments, both Stephens and Azarenka could have come away with triumphs over the world No. 1. Yet, in the broader analysis, Stephens — a much better player compared to where she was at this point in 2014 — made Serena work very hard for this match. It’s a testament to Serena’s competitive skills (which can and do get lost in her ability to serve better than any woman who has ever lived) that she fights at a level that’s comparable to the way in which she hits a tennis ball: with great distinction.

Can Serena fight her way through three more matches? Tennis fans and commentators can’t wait to see what unfolds.

Precisely because this tournament is and has been such a struggle for Serena, everything still seems possible for the players still left in this tournament. Ana Ivanovic, making a very rare appearance in a major quarterfinal over the past six years of her career, has the opportunity of a lifetime, with Halep and Sharapova out of her path in the bottom half of the draw. Lucie Safarova, conqueror of Sharapova, and her quarterfinal opponent, Garbine Muguruza, also have to feel that a spot in Saturday’s final is very well within reach.

What was true at the start of this tournament — with neither Serena nor Sharapova appearing to be in full flight — has been powerfully affirmed in just over a week of tennis in Paris. With the quarterfinals upon us, every remaining WTA contestant — yes, even Alison van Uytvanck — must be thinking that a life-changing moment is supremely attainable.