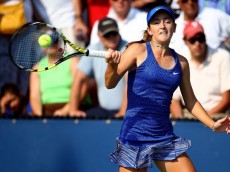 Who knew that the big story of day two at the United States Open — which was not as boisterous and complicated as day one, but still provided some teasing, twisting matches such as Victoria Azarenka’s three-set escape against Misaki Doi — would come from a player who would refuse prize money in order to […]