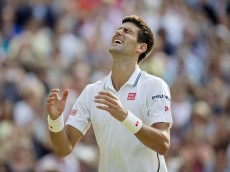 The story of a memorable gentlemen’s singles final at Centre Court Wimbledon begins in Melbourne, Australia, on January 29, 2012. On that night, Novak Djokovic won the Australian Open final, 7-5 in the fifth set over Rafael Nadal. Djokovic was so close to winning in four sets, but Nadal uncorked a string of clutch points […]